February 02, 2015 By: America's Infrastructure Report Card
Back to News 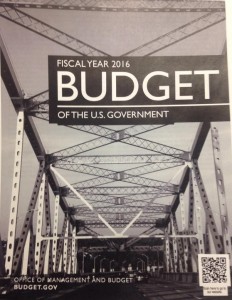 Today’s fiscal year 2016 (FY16) budget release by President Obama was particularly generous to infrastructure programs. The President is proposing a $478 billion, six-year surface transportation (MAP-21) reauthorization proposal titled the GROW AMERICA Act paid for by taxing companies’ overseas profits. The bill length is historically similar to other long-term highway & transit bill authorizations, and the funding amount would be enough to plug the projected annual $13 billion Highway Trust Fund shortfall and grow the program by more than $10 billion over the next six years. While Obama’s budget does not call for an increase in the gasoline tax, as some members of Congress have proposed and ASCE supports, if enacted, this proposal would allow for increased program certainty for the short-term while Congress continues to debate identifying a long-term, sustainable funding fix the program. The tax piece of this plan would establish deemed repatriation at a 14% tax rate for existing overseas earnings and end tax deferral going forward with a 19% tax on future offshore corporate profits.

The budget also calls for the establishment of a number of tax incentives and tax-credit bonds as part of the President’s Rebuild America Partnership which was launched last year and is focused on ways to increase the amount of private capital invested in US infrastructure. The budget calls for the creation of an independent National Infrastructure Bank to support infrastructure projects of national and regional significance, and creates America Fast Forward Bonds and tax-exempt Qualified Public Infrastructure Bonds to help state and local governments attract new sources of capital for infrastructure projects. ASCE has and will continue to work with the Obama Administration to help shape this public-private partnerships (P3) initiative.

As a part of President Obama’s continued effort to address climate change, the budget invests heavily in resilience and preparedness programs. The budget notes that the federal government has incurred over $300 billion in direct costs due to extreme weather and fire over the last decade. The budget creates two new coastal resilience programs aimed at help reduce the risks of climate change to ecosystems and communities. The budget also provides $20 million for the Climate Resilience Toolkit.

The budget provides tax credits for clean energy programs like wind and solar and over $4 billion to help states implement the Environmental Protection Agency (EPA) carbon emissions mandate known as the Clean Power Plan. The budget bolsters EPA’s overall spending by 9% to $8.6 billion, but cuts $54 million from the State Revolving Fund (SRF) programs, leaving $900 million for drinking water and $1.4 billion for clean water.  The budget provides $4.7 billion for the Army Corps of Engineers Civil Works Program, focusing on investments that will yield high economic and environmental return or address a significant risk to public safety, but cuts the operation & maintenance program by $199 million.

Finally, the budget includes the Administration’s legislative proposal to reform the laws governing the Inland Waterways Trust Fund (IWTF), including an annual per vessel fee to increase the amount paid by commercial navigation users enough to meet their share of IWTF-funded activities. The additional revenue would help finance future capital investments in these waterways, which are part of the Nation’s freight transportation infrastructure.

The President’s budget provides more than $3 billion on science, technology, engineering, and math (STEM) education, a 3.6% increase over 2015 enacted levels. The budget provides strong support for STEM education, including a new $125 million competitive program to promote the redesign of America’s high schools by integrating deeper learning and student-centered instruction, with a particular focus on STEM-themed high schools that expand opportunities for girls and other groups underrepresented in STEM fields.

The President’s budget request includes a significant increase in proposed research funding, noting that US long-term economic competitiveness depends upon continued robust investment in research and development (R&D). The budget provides a 6 percent increase for R&D, including significant investments in basic research and advanced manufacturing technology. Among the specifics the budget provides the Department of Energy’s (DOE) Office of Science with over $5.3 billion and the National Science Foundation (NSF) with over $7.7 billion. The budget also provides $755 million for the National Institute of Standards and Technology (NIST) laboratories. The budget increases total funding for these three key basic research agencies by $700 million over the 2015 level, bringing the total to $13.8 billion.