The Excitement of Infrastructure 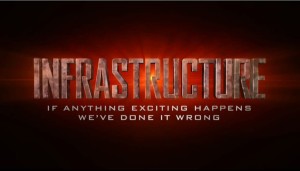 HBO’s Last Week Tonight with John Oliver “proposed” a movie on the importance of infrastructure maintenance.

Iowa’s transportation investment as funded by the state gas tax FINALLY received a 10-cent raise last week, which went into effect yesterday. The last time it had seen an increase before that? 1989. To put that in perspective: the Bachelor who has been bringing Iowa a lot of attention the past two months celebrated his eight birthday that year.

If you’re thinking “Wow, it’s embarrassing for Iowa to not increase the investment in so long, while the cost of everything has essentially doubled in that time,” chances are your state is not doing much better. Nor is the federal government’s leadership on this, as nationally the last raise came in 1993.

During their legislative sessions, a lot of state lawmakers are considering if and how to make a bigger investment in infrastructure. In part, it’s because the short-term patches for the Highway Trust Fund make it hard for states to effectively plan for transportation projects. But it is also because states have followed suit of our federal lawmakers and put infrastructure on the back burner for too long.

A lot is at stake. From economic growth to safety to time with our families. As John Oliver pointed out on HBO’s Last Week Tonight (warning HBO foul language included), infrastructure isn’t “sexy” and maintenance even less so. If Edward Norton and Steve Buscemi are willing to highlight our nation’s infrastructure needs and labor and business can come together on this issue, too, then Congress can also certainly find a way to #FixTheTrustFund.