January 23, 2015 By: America's Infrastructure Report Card
Back to News 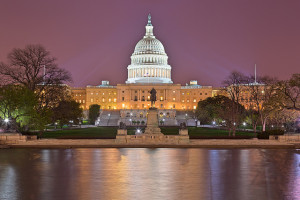 Between President Obama addressing infrastructure needs in his State of the Union Address, the Virginia Report Card release and additional infrastructure funding legislation being proposed at the federal level, ASCE is optimistic that a long-term, sustainable funding solution for our nation’s infrastructure is within grasp.

As both parties of Congress struggle to agree on how infrastructure should be funded, our nation’s infrastructure continues to decline.  Almost one-third of our roads are in poor or mediocre condition and more than 40 percent of urban highways are congested. One in nine bridges is structurally deficient, and nearly a quarter are functionally obsolete. Restoring our nation’s infrastructure into a good state of repair will require nearly $3.6 trillion in investment by 2020, leaving us $1.6 trillion short based on current funding levels.

In his State of the Union address, President Obama declared that Congress needs to pass a bipartisan infrastructure plan that will create more than 30 times as many jobs per year and strengthen the country’s economy. The president also proposed a change in the tax code to encourage the private sector to invest in infrastructure through low-interest municipal bonds.

Though President Obama’s push for infrastructure funding through tax reform is encouraging, many believe that our infrastructure funding needs require a different course of action. AAA CEO Robert Darbelnet announced in a statement Tuesday that, “The president’s proposal to leverage corporate tax reform or private investment structures to support transportation funding would provide a welcome shot in the arm for our nation’s infrastructure, but this will not provide a sustainable fix to the looming funding crisis at hand.”

In the House of Representatives, Cong. John Delaney and Pennsylvania Rep. Mike Fitzpatrick have co-sponsored The Partnership to Build America Act. This bipartisan act will establish a $50 billion infrastructure fund generated by bond sales which will loan money to state and local governments to repair infrastructure.

While these proposals for infrastructure funding are certainly promising, the Highway Trust Fund is headed toward insolvency in a matter of months.  It’s critical that members of Congress work together to pass legislation that will provide a sustainable, long-term funding solution to #Fix the Trust Fund before the money runs out.