Back to Drinking Water

While drinking water infrastructure is funded primarily through a rate-based system, the investment has been inadequate for decades and will continue to be underfunded without significant changes as the revenue generated will fall short as needs grow.  According to the American Water Works Association, upgrading existing water systems and meeting the drinking water infrastructure needs of a growing population will require at least $1 trillion.

The majority of funding for drinking water infrastructure comes from revenue generated by rate payers. In the nation’s largest 50 cities, the rate users pay varies greatly; the lowest average monthly water bill is $14.74 in Memphis, while Seattle residents pay the most at $61.43. This large gap exemplifies the varied approaches to rate structure, as well as the contrast of need and investment across the country. While higher rates that reflect the true cost of service are important, public assistance programs should be considered for low income populations. Between 2009 and 2014, state and local governments decreased capital spending for both drinking water and wastewater by 22%; at the same time, federal capital spending did not change significantly.

The federal government offers financial support to local governments and utilities in the form of loans through the Drinking Water State Revolving Fund, which provides low-interest loans to state and local water infrastructure projects. The Environmental Protection Agency (EPA) provides an allotment of funding for each state, and each state provides a 20% match. Since the program’s inception, $32.5 billion of low-interest loans have been allocated. However, with needs far surpassing the program’s budget, it is unable to meet all investment needs or fund every deserving project. 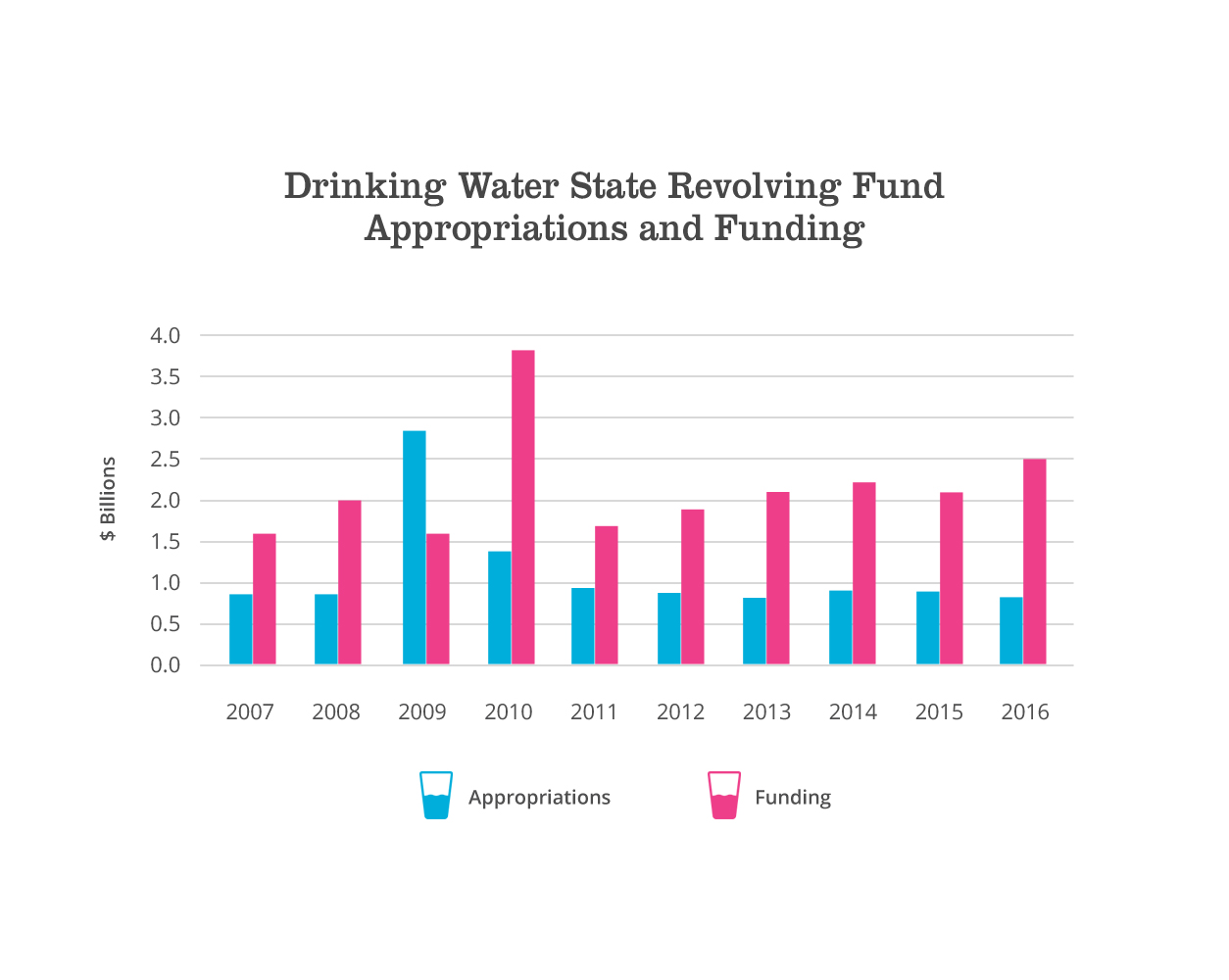 In 2014, Congress authorized a new mechanism to fund primarily large water infrastructure projects over $20 million through the Water Infrastructure Finance and Innovation Act (WIFIA). In 2016 Congress appropriated $17 million in funds for the program. It is estimated that using WIFIA’s full financial leveraging ability that a single dollar injected into the program can create $50 dollars for project lending. Under current appropriations, EPA estimates that current budget authority may provide more than $1 billion in credit assistance and may finance over $2 billion in water infrastructure investment.

Back to Drinking Water